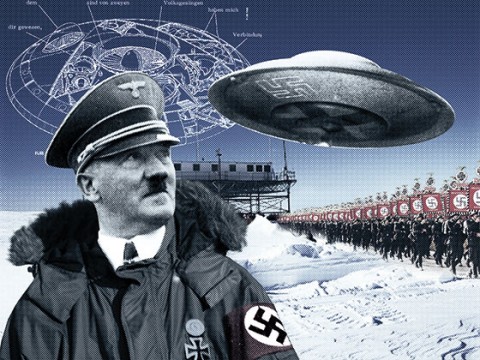 Anonymous
The Vril emblem became the Black Sun, a secret philosophy thousand of years old provided the foundation on which the occult practioners of the Third Reich would later build. The Black Sun symbol can be found in many Babylonian and Assyrian places of worship.
crystalinks.com

Christopher Hodapp
The Vril Society is a troublesome topic because there's no authentic proof that this secret society really existed, even though there's no shortage of people who claim that it did. What makes the Vril Society really weird is that it started out as a science fiction story and from an author who is rarely connected these days with anything short of a joke.
dummies.com

Terry Melanson
The Vril Society or The Luminous Lodge combined the political ideals of the Order of the Illuminati with Hindu mysticism, Theosophy and the Cabbala.
conspiracyarchive.com