At the eastern end of Long Island’s southern point, the government set up one of many gargantuan radar dishes to warn us of any incoming Soviet threats from the Atlantic. These dishes rapidly went obsolete as we developed better and better computer technology, and the site was closed in 1969. Though the building that houses the radar device itself is fenced off from the public, the land around it has since been donated to the state of New York for use as a public park. But when the federal government donated the land to the state of New York, the retained the rights to “everything beneath the surface” and the right to some day reoccupy the land if made necessary by a matter of national security. 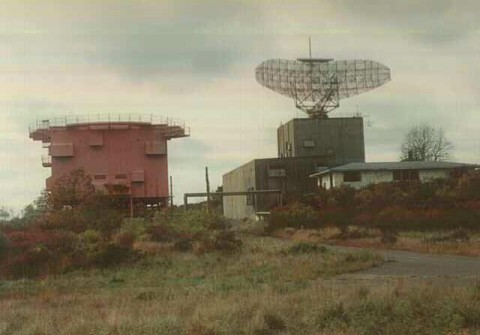 Bob Jakob
I tripped somehow over the Montauk project (which I just discovered; I am amazed at the amount of drooling going on over an abandoned military site which is now parkland). I landed at your Iron Skeptic site. I have read only a couple of articles (and some of the feedback) and I am in love; I want to have your babies or I want you have my babies – that may be somewhat hyperbolic since (I think) we are both males and I, for one, am straight [lotta punctuation, including a semicolon, there, huh?

Anonymous
I live in New Jersey, but work on Long Island. I recently became aware of an old military base at the eastern-most tip of Long Island in Montauk. The base is all the way at the end of the island if you follow Route 27 to the end. During World War II it was named Camp Hero. It was used for coastal defense and had some large guns and bunkers. After World War II was over, the Army gave the base to the Air Force and it became know as Montauk Air Force Station. Reportedly, it was used as a radar station during the Cold War.
weirdus.com