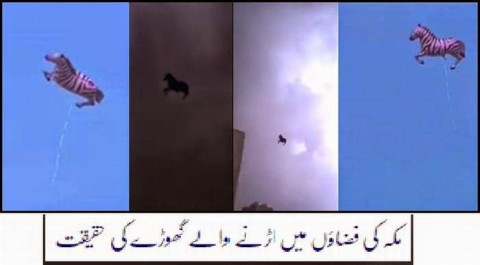 Flying Horse Miracle over Mecca Debunked, although the responses from the muslim witnesses that recorded this event are real enough, it seems that this so called miracle has a more down to earth explanation... boo hoo expect a lot of upset muslims that had their bubble burst.

quark quirk
Amusing to see the deluded Mehdi Hasan stuttering and blustering his clumsy way out of his revealing comical intellectual inadequacies.
Beautiful example of 21st century cognitive dissonance from a more than competent dunce.
How did he get the job working for Al Jazeera? The same way he almost got the Job as a columnist working for the Daily Mail, unctuous fawning and pleading?
youtube.com

Tim Shipman
Mehdi to Dacre: "Make them laugh, make them cry, or make them angry”. That’s something I believe I could do for you, and for your readers.
thedrum.com