Cancer is a leading cause of death worldwide, accounting for roughly one in eight of all deaths in 2004, according to the World Health Organization. However, scientists have only found one case of the disease in investigations of hundreds of Egyptian mummies, researcher Rosalie David at the University of Manchester in England said in a statement. 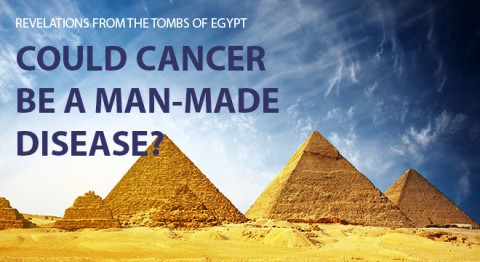 Stan
The trophoblastic thesis of cancer continues to make good sense. Cancer is a metabolic disease. When the body is healthy, it doesn't provide the terrain for such as cancer to take. And healthy means provided with its optimum nutrients. A lack of vitamin B17 in the diet can create such a specifically weakened condition. Google Nature's Answer to Cancer.
dailymail.co.uk

Trish Elgee
I have no doubt that it is man made. All the chemicals and pollutants we ingest and inhale take their toll. Preservatives are "safe levels of poisons that prevent food from spoiling that most people can tolerate." There is no data on the accumulative effect and not all people are the same.
livescience.com