West Africa is in a bad way. For the last few months, the number of cases of Ebola have been spiraling upwards with a greater than 50 percent mortality rate. As you would expect in an age of global travel, cases have trickled out of Africa to other countries including Spain and the US. 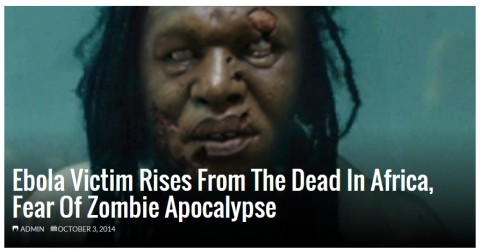 Hoax
When i was a kid and in elementary school , beginning of the 90s ebola was air borne but did bot survive long enough to be a threat. And bow you say its not airborne. Swine flu scaring propaganda repeats.
nerdist.com

Joe Shmoe
Give the conspiracy nutjobs an opportunity and they'll be on it like white on rice. I love it....ebola zombies, bioweapons. Buy gas masks and foil blankets before it's too late. What'll they sink their teeth into next?
dailymail.co.uk