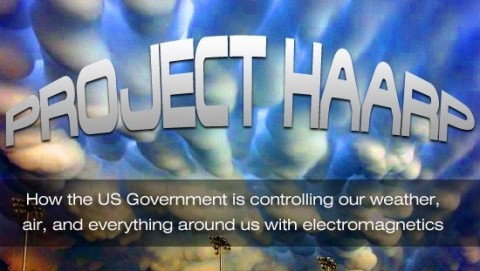 While HAARP and weather control has been called a conspiracy theory by the mainstream media and government officials, during a Senate hearing, David Walker, deputy assistant secretary of the Air Force for science, technology and engineering, dropped a bombshell in answer to a question asked by Lisa Murkowski in relation to the dismantling of the $300 million High Frequency Active Auroral Research Program in Gakona this summer.

Jenny d'Heurle
I live in the foothills of the Sierra Nevada Mountains in Northern California. I am fed up and disturbed by the incessant aerosal chemicals sprayed over our region. Many people here feel the same way, but are frustrated by the fact that nobody has answers on who is doing this. Who has authorized the program, who pays for it, what recourse do people have to stop it? Thank you.
geoengineeringwatch.org

Anonymous
Today it is known that HAARP (High Frequency Active Auroral Research Program) situated in Alaska does indeed alter the ionosphere by beaming radio waves into it which cause it to ‘warm’ significantly – albeit in a localised area. It is also known that Congress plunged huge sums of money into the project to develop the miltary aspects of the technology. Should we be worried that HAARP can heat the Ionosphere? Should we be worried that the potential for changing weather patterns is there? When we listen to dissenting voices within the scientific community we should not only be worried – we should be protesting vigorously against technology which may even already be destroying the earth as we know it and causing untold distress to human life.
inlightofrecentevents.wordpress.com