The Commission for Global Governance released a report 'Our Global Neighbourhood', that predicates a world court, a global tax, and global police force. And the U.S. State Department Publication 7277 outlines a one world police force under the United Nations. The CGG is FINANCED by United Nations, the European Union, national governments, large American corporations, and other organisations concerned with this primary objective of the NEW WORLD ORDER. 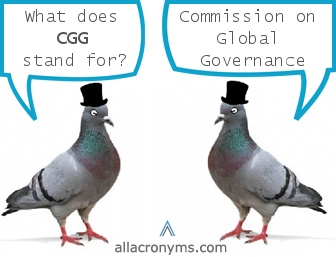 Henry Lamb
The decade of the 1980s was a pivotal period for the advocates of global governance. The MacBride Commission had established the principle of information management as a legitimate responsibility of the United Nations, though only partially implemented through participating NGOs: IGC/APC. The Brandt Commission had linked development with peace, and the Palme Commission had linked development with peace and disarmament as a way to shift military power to the UN and money to the third world.
conspiracyarchive.

Tom DeWeese
could it really be that these meetings and the documents they produce are exactly as we say they are – a blueprint for policy, rules, regulations, perhaps even global governance that will affect the lives, fortunes, property and futures of every person on earth?
americanpolicy.org