There is a plan for the world - a New World Order - devised by an American/European financial elite of immense wealth and power with ancient historical roots, called by some the "Illuminati".
This oligarchy controls the politicians, the courts, the educational institutions, the food, the natural resources, the foreign policies, the economies and the money of most nations. And, they control the major media, which is why we know nothing about them. 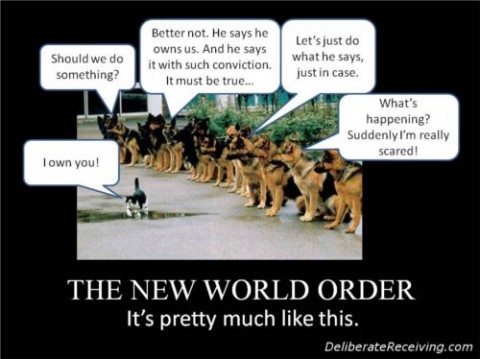 Anonymous
Most of the major wars, political upheavals, and economic depression/recessions of the past 100 years (and earlier) were carefully planned and instigated by the machinations of these elites.
threeworldwars.com

Amen-Ra
Here and now, as the new millennium dawns, the New World Order has become a globally recognised political concept, and as such it can no longer be regarded simply as a theory.
theinsider.org

Maya
I always knew about the new world order and the Illuminati, but I never did know about how serious everything is and how it is all around us. I’m 14 and a Muslim; I dont wear a headscarf but I do dress modestly; to the people who are bad naming Islam he whole perpose of this article was about opening peoples eyes to the society we live in .

Also, Islam is a religion which teaches peace the minority who are extreme should not brand the majority of us. Christians, Muslims and everyone else are all good people there is evil in all of us it just depends on the decisions we choose an the choices we make. Religion teaches you to follow your path it does not mention killing or disrespecting the other sex. Anyway, sorry for my rambling I just wanted to get my point across as I found it too hhard to ignore . I did try to correct any punctual or grammatical errors but typing on a touch screen phone is quite hard.Anyway, thank you Peter once again for writing this post it just shows that there is more people than you think that know the truth.
eyreinternational.wordpress.com